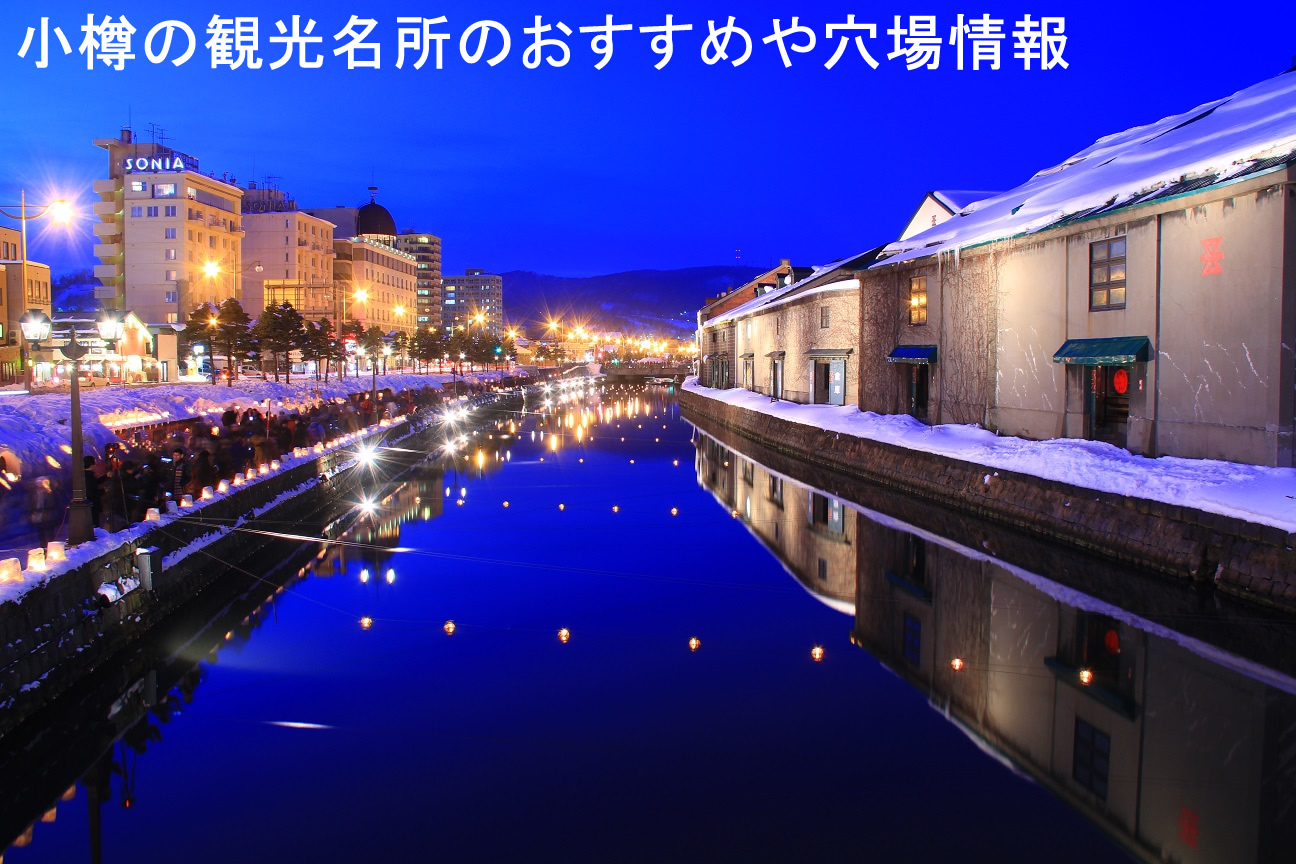 Recently, it is a popular tourist spot that is often featured on TV and is ranked 7th in the world's top 30 famous places, superb views, and world heritage in winter.
About 30 years ago, I had been a tourist attraction since I lived, but I think that there were not so many tourists visiting as less popular now.

Everywhere feels like a sightseeing spot, and I was surprised by the number of tourists, especially foreigners. The number of tourists visiting Otaru has increased fivefold over the past five years, so you can see how popular Otaru is as a tourist destination.
It seems to be very popular especially with foreign tourists from China.

The way from New Chitose Airport to Otaru

From the train on the way from Otaru to Chitose Airport at Rapid Airport, you can enjoy the scenery like Hokkaido. Among them, the best scenery is the 14-minute section from Senkan to Asari.

Here, the train tracks run along the coastline, and trains run very close to the coast.

(View from the train) 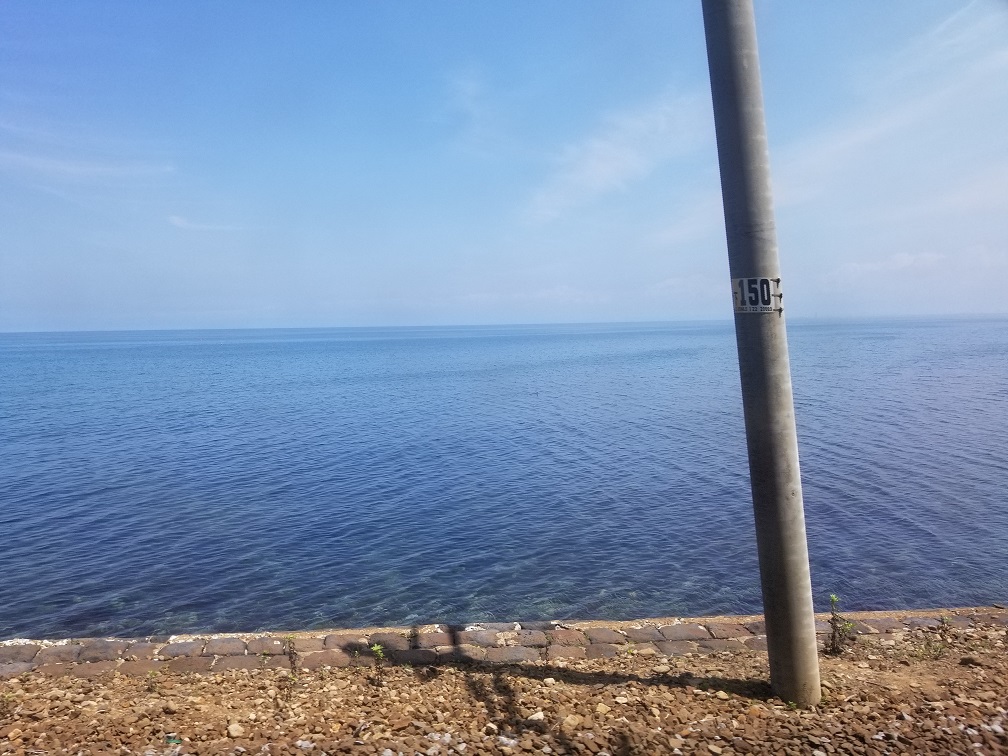 Anyway, the coast and track are close! Looking at this scenery, it takes about 15 minutes.
If it is sunny from spring to autumn, it is a good view as you can see. However, winter is amazing. Because it is close to the coastline and running with waves splashing on the train, it was a past time that the train was unable to run for several days until the line was hit by a high wave and restored.

From Otaru Station to the canal

75 minutes from New Chitose Airport to JR Otaru Station.
The inside of Otaru Station is also very beautiful because it focuses on tourism, and shops are also built inside the station, crowded with tourists and people who can see at a glance.
When you leave Otaru Station, the road extends straight to the sea and the view is very good「I came to Otaru!」I feel that it will.

In front of the station, there is “Otaru Triangle Market” where many TV programs have been filmed, and “Natural Hot Spring Light Dormy Inn PREMIUM Otaru” which is also featured in the travel brochure of “Nagasakiya Otaru” Move. 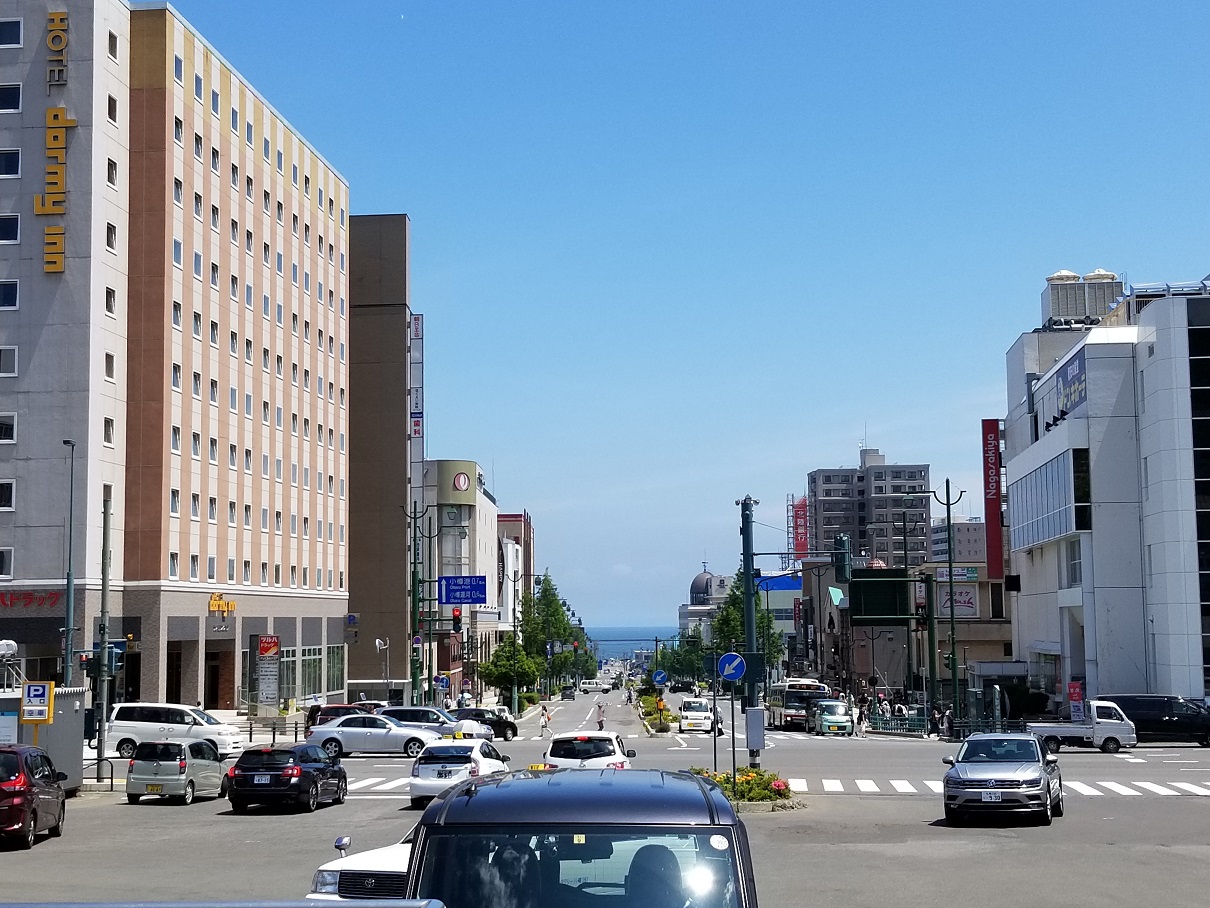 Due to the land readjustment project that was carried out from 1994 to 2004, the Chuo-dori in front of the station, the undergrounding of electric wires and the removal of advertising towers were promoted, and the pedestrian bridge that had blocked the scenery up to the sea was removed. , We have created a landscape where you can see the sea and harbor from Otaru Station. 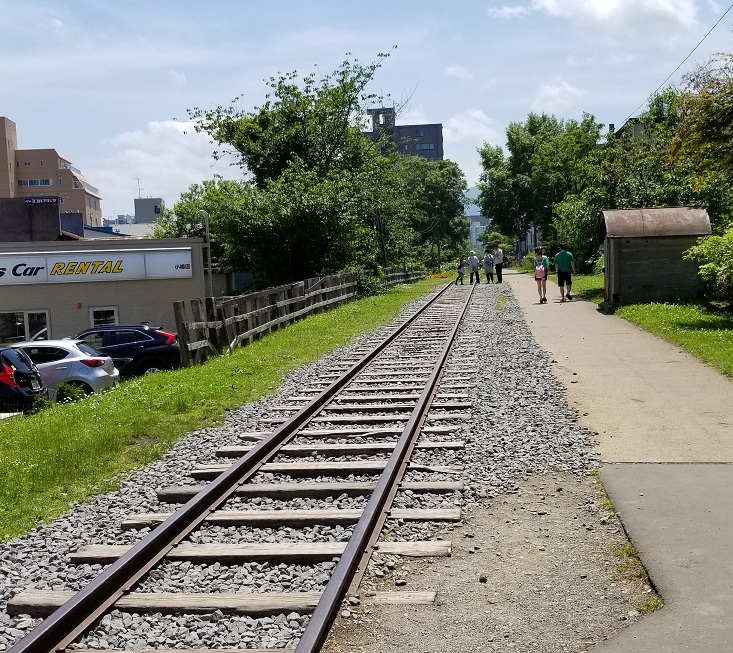 As soon as you go down the gentle slope from JR Otaru Station towards the sea, you will see the “Todori Shopping Street”.
This park was created to improve the excursion of the central city area and make it possible for citizens and tourists to interact and enjoy themselves by using the former National Railway Temiya Line.

If you go down a little from there,Otaru Canal Areais.

The area along the canal is full of hotels and tourist restaurants, and is crowded with many tourists. 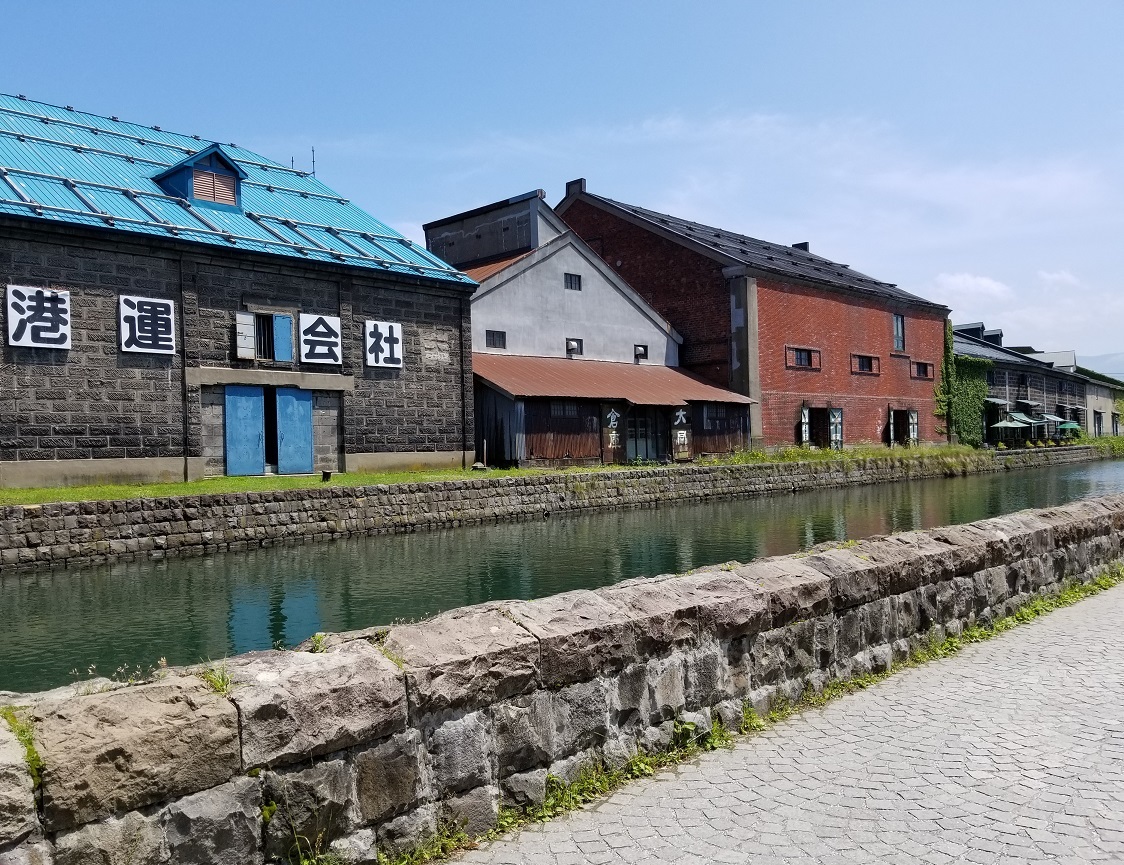 Speaking of the Otaru Canal, in the old days (around 35 years ago), it was a very odorous and dirty canal with sewage flowing down rather than a canal. I didn't expect it to become a very beautiful canal and a lot of tourists as you can see. 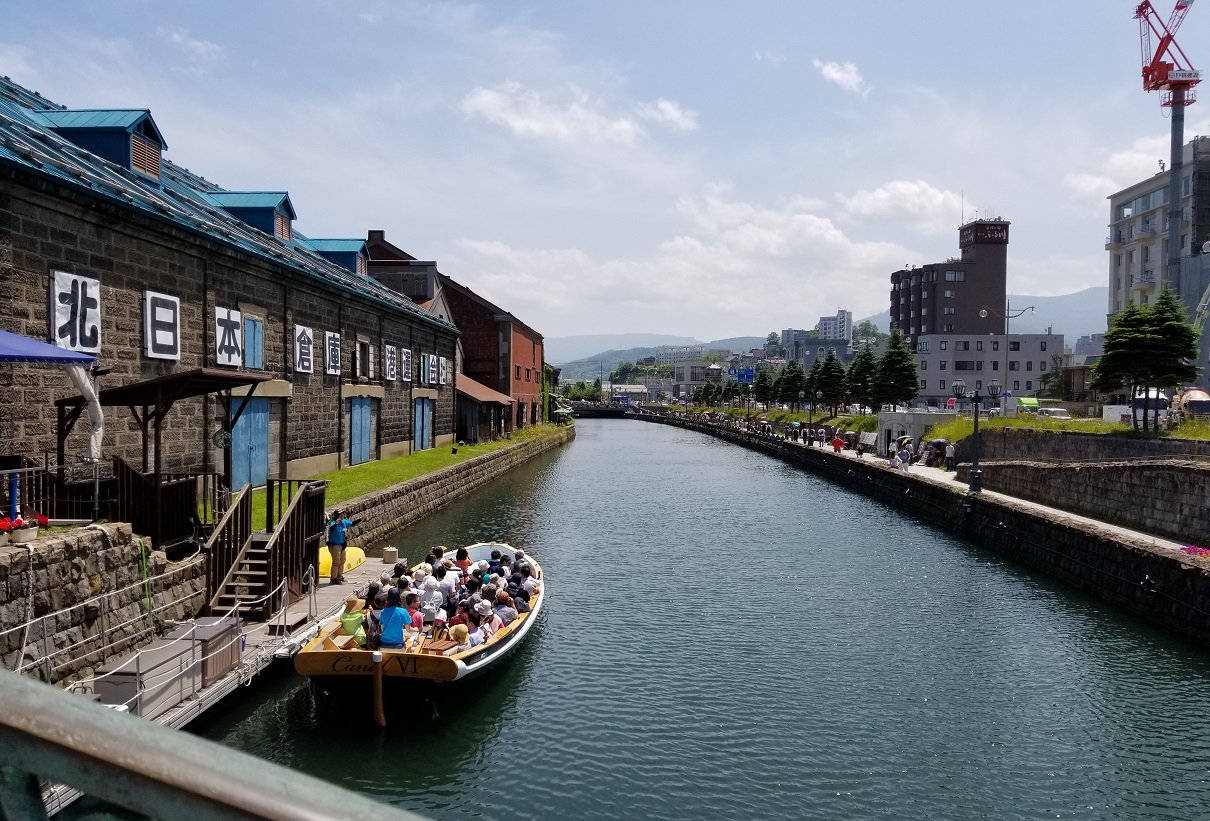 Cruises on the Otaru Canal were also very popular and made queues. 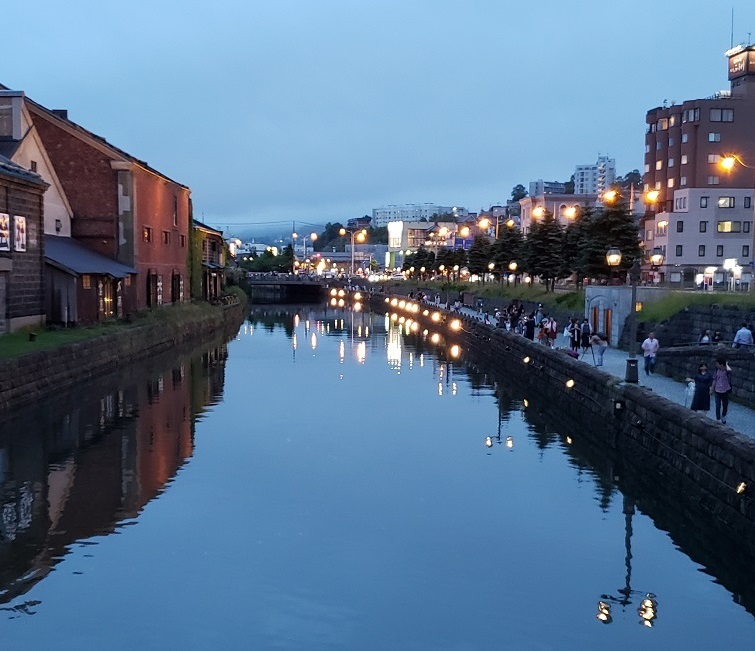 The evening along the canal is lit up and the atmosphere is even better. There are many tourists enjoying the night view at night.